The museum congratulates Robert Stegmann, Manager Law Enforcement and Compliance (Department of Economic Development and Environmental Affairs) on receipt of a vocational service award from the Rotary Club of East London.

President Luke Baisely of the Rotary Club of East London made the presentation at a luncheon meeting last week. The vocational service award detailed some of the work undertaken by Robert over the years and confirmed his commitment as a conservationist and environmental administrator to his duties and the support he gives to others in his chosen vocation. 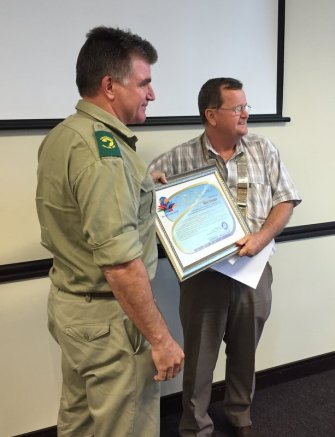 As a committed conservationist  Robert has assisted the museum over the past two decades with a number of projects and environmental matters- the Strandloper Trail and the Nahoon Point Nature Reserve were highlighted as part of his award critique. 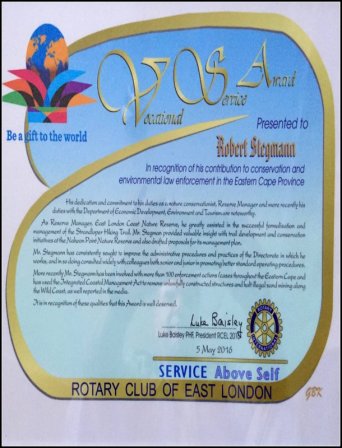